Skip to main content
To provide you with the best experience, Best Western Plus Lido Hotel uses its own and third-party cookies on its website for technical, analytical and marketing purposes. By continuing to browse our site, you are agreeing to our use of cookies. Please consult our Cookie Notice for more information. 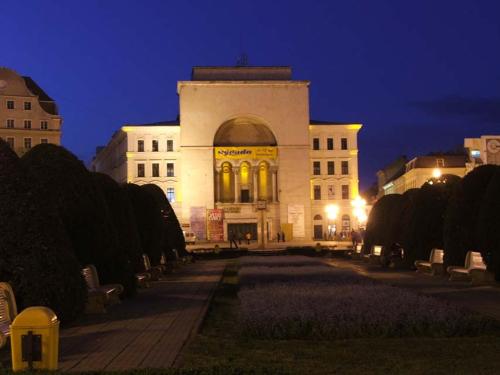 The construction of the Romanian Opera House, began in 1871 and ended four years later, in 1875. The design was that of Viennese architects, Helmer and Fellner, the authors of numerous concert halls in Budapest , Vienna and Odessa . The murals in the concert hall are inspired by history and popular Romanian fairytales. Opera in Timisoara was appreciated as far back as the end of the 18th century. Joseph Strauss started out as Musical Director at Timisoara , where he composed and presented the world premiere of Faust's Life and Deeds. Franz Liszt also performed in Timisoara in 1846.